ATCL Grain & Fertilizer Inc is a direct seller & mandate holder of sugar manufactures to sell all kinds of sugar (White refined sugar ICUMSA 45, White crystal Sugar, Raw Sugar & Beet Sugar) worldwide in bulk as well as container. We can arrange supply minimum 500 MT to maximum 100000 MT per month on spot or contract basis in container & bulk shipment directly from Brazil, Thailand, India as well as from Europe as per buyers requirement. We are presently working more than 43 countries with direct buyers, very renowned agents & continuously expanding our feet to the new market. We work 24 hours a day 7 days a week & 365 days a year to serve our customers globally.

Sugar is the generalized name for a class of sweet-flavored substances used as food. They are carbohydrates and as this name implies, are composed of carbon, hydrogen and oxygen. There are various types of sugar derived from different sources. Simple sugars are called monosaccharides and include glucose, fructose & galactose. The table or granulated sugar most customarily used as food is sucrose, a disaccharide. Other disaccharides include maltose and lactose.

Sugars are found in the tissues of most plants but are only present in sufficient concentrations for efficient extraction in sugarcane and sugar beet. Sugarcane is a giant grass and has been cultivated in tropical climates in the Far East since ancient times. A great expansion in its production took place in the 18th century with the setting up of sugar plantations in the West Indies and Americas. This was the first time that sugar became available to the common people who had previously had to rely on honey to sweeten foods. Sugar beet is a root crop and is cultivated in cooler climates and became a major source of sugar in the 19th century when methods for extracting the sugar became available. Sugar production and trade has changed the course of human history in many ways. It influenced the formation of colonies, the perpetuation of slavery, the transition to indentured labor, the migration of peoples, wars between 19th century sugar trade controlling nations and the ethnic composition and political structure of the new world.

The world produced about 168 million tones of sugar in 2011. The average person consumes about 24 kilograms of sugar each year, equivalent to over 260 food calories per person, per day.

In modern times it has been questioned whether a diet high in sugars, especially refined sugars, is bad for health. Sugar has been linked to obesity and suspected of being implicated in diabetes, cardiovascular disease, dementia, macular degeneration and tooth decay. Numerous studies have been undertaken to try to clarify the position but the results remain largely unclear, mainly because of the difficulty of finding populations for use as controls that do not consume sugars. We supply the following grades of sugar worldwide. 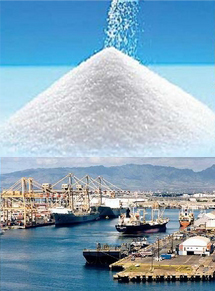 White Refined Sugar ICUMSA 45 sugar is the world's leading consumer sugar. A highly refined sugar product, it is easily recognizable by its distinctive sparkling white color and pure sucrose taste. ICUMSA 45 is perpetually in high demand as it is the safest form of sugar, due to the fact that the refining process by which it is created removes the bacteria and contaminants often present in raw sugars which can pose a threat to human health.

But what does 'ICUMSA 45' actually mean? ICUMSA is an acronym for the International Commission For Uniform Methods Of Sugar Analysis, an international regulatory body which sets the standard for sugar analysis tests thereby creating a system which can be used anywhere on the globe to accurately and quickly describe the properties of sugar. This is an essential system due to the fact that the sugar trade is a global one, and often buyers and sellers will be operating in completely different parts of the world, not to mention sometimes contending with a language barrier which can complicate negotiations. The ICUMSA ratings method allows a meaningful and accurate description of the product which can be easily understood by interested parties no matter where they come from. ICUMSA 45 is processed from the natural sugars which can be found in sugar beet or sugar cane. The industry name for the sparkling white sugar which is often known to consumers as &lsquo;table sugar&rsquo; is ICUMSA 45. The name ICUMSA 45 is taken from the body which regulates sugar testing methods, known as the International Commission for Uniform Methods of Sugar Analysis. ICUMSA testing allows suppliers and buyers to know with precision just how refined a sugar sample is and provides an accurate rating system for trading sugar internationally. In most Western and developed nations, the only refined sugar approved for sale to the general public is ICUMSA 45 sugar.

ICUMSA 150 sugar is refined white sugar. Not quite as refined as ICUMSA 45 sugar, ICUMSA 150 sugar is still food grade and is often used by manufacturers making foodstuffs where the refining requirements for sugar are lower than those required for sugar sold direct to consumers. ICUMSA 150 sugar is in fact relatively highly refined sugar, especially when one considers that higher ICUMSA rated sugars are available, up to ICUMSA 4600 or more, but due to high levels of contamination and bacteria, these are not suitable for human consumption. ICUMSA (International Commission For Uniform Methods of Sugar Analysis) Ratings are ratings standardized by the aforementioned international body which reflect how refined sugar is, and thereby allow sugar to be traded across international borders with surety. 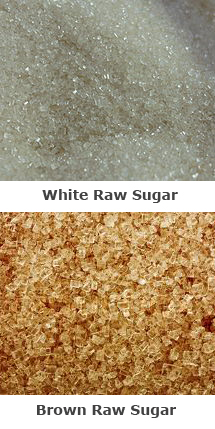 Raw sugar is cane sugar which has been minimally processed. The precise definition varies, depending on who you talk to. Adherents to a raw food diet, for example, may have very specific definitions which involve temperature and handling, while others may view any sort of lightly refined sugar as raw sugar. In all cases, raw sugar is the product of the first stage of the cane sugar refining process, and as a result it has some very distinctive characteristics.

Beet sugar, a cultivated plant of Beta vulgaris, is a plant whose tuber contains a high concentration of sucrose. It is grown commercially for sugar production. Sugar beets and other B. vulgaris cultivars such as beetroot and chard share a common wild ancestor, the sea beet (Beta vulgaris maritima). In 2009, France, the United States, Germany, Russia and Turkey were the world's five largest sugar beet producers. Despite the sugar beet harvest, in 2010-2011, North America, Western Europe and Eastern Europe did not produce enough sugar from sugar beet; these regions were all net importers of sugar. The U.S. harvested 1,004,600 acres of sugar beets in 2008. In 2009, sugar beet accounted for 20 percent of the world's sugar production.

Sugar beet is a conical, white, fleshy root with a flat crown. The plant consists of the sugar beet root and a rosette of leaves. Sugar is formed through a process of photosynthesis in the leaves, and it is then stored in the root. Sugar can represent between 15% and 21% of the sugar beet roots total weight; however, depending on the cultivar and growing conditions, the sugar content can vary from 12 to above 20 percent.

The root of the beet (taproot) contains 75 percent water and rest is dry matter. The dry matter is about 5 percent pulp and about 75 percent sugar. This pulp, insoluble in water and mainly composed of cellulose, hemicellulose, lignin and pectin, is used in animal feed. Sugar is the primary value of sugar beet cash crop. The by-products of the sugar beet crop such as pulp and molasses add another 10 percent to the value of the harvest.

Sugar beet grows exclusively in the temperate zone, in contrast to sugar cane which grows exclusively in the tropical and subtropical zones. The beet, unlike sugar cane, grows below the ground. The average weight of sugar beet ranges between one and two pounds. Sugar beet foliage has a rich, brilliant green color and grows to a height of about 14 inches. The leaves are numerous and broad and grow in a tuft from the crown of the beet, which is usually level with or just above the ground surface.

If you are interested to buy or sell any kind of sugar mentioned above pls feel free to contact us or click here to send your inquiry we will try to quote you our best price within maximum 24 hours.